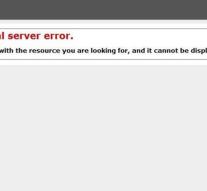 - Ottawa When the Canadian immigration service website collapsed, while in the US the votes for the presidential election were counted, there were approximately 100,000 American visitors to the site. The department announced Thursday that the failure occurred Wednesday when 200,000 visitors approached the service, half of whom are from the US Donald Trump was chosen Tuesday to president.

The numbers are extraordinary, the immigration service admits. Exactly one week before the website was visited by 17 000 people, of whom 10 percent from the US Many Americans have already indicated that they wish to Canada, as Trump would win the presidential election.