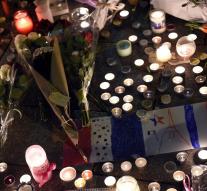 - The man who Saturday was identified as one of the suicide bombers who struck in Paris, the 29-year-old Ismaël Omar M. That is confirmed a source in the French newspaper Le Monde. Also deputy mayor Jean-Pierre Gorges of the city of Chartres dismissed the man as the perpetrator.

M. lived until 2012 in the city of Chartres. The Frenchman was in his own country is known to the police and to the extent known time in Syria. Friday he would have belonged to the group that invaded the Paris Bataclan theater. There were dozens of deaths.

The authorities had already announced Saturday a body identified by fingerprints, but now is also the name of the alleged perpetrator leaked. M. would come from the French Evry.