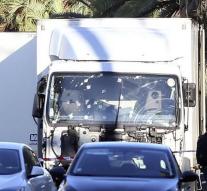 - In the cab of the truck that drove into a crowd on Thursday night in Nice identification found in the name of a 31-year-old man who has French and Tunisian nationality. Whether it was the offender shall be verified, French media report.

According BFMTV was the truck that the attack was perpetrated several days ago to let the person in whose name it was identity. The man he was known to the police for violence and use of firearms, but was not identified as being radicalized. At the intelligence he had not known.