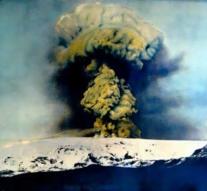 - Scientists in Iceland convert drones to keep potentially dangerous volcano Katla. The volcano has the potential to cause more damage than the Eyjafjallajökull, which is a part of international traffic paralyzed by an eruption in 2010.

Katla lies hidden beneath an enormous glacier and bursts approximately twice in a hundred years. The last time was in 1918, with massive flooding due. With a new eruption is taken into account.

The drones, giving you the ability to create good three-dimensional maps showing changes in the surface can be observed, reports Sky News. They can also be equipped with infrared cameras to spot thermal activity. The use of helicopters is much more expensive.