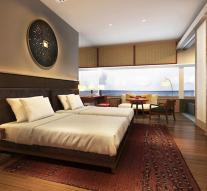 - The systems of Hyatt Hotels are affected by malicious software that steals payment details. The American group discovered the so-called malware cash three weeks ago and has now brought out.

Hyatt is the fourth major hotel chain in a short time has become the target of cybercriminals. Recently, Hilton and Starwood let it be known to suffer from a similar problem. Also, Trump Hotel Collection, the luxury hotel chain of the US presidential candidate Donald Trump, confirmed the possibility of a breach in the personal computer security.

It is not clear how long the malware has been active in Hyatt and how many of the 627 hotels of the international chain infected.

A spokesman could not say whether the hackers have managed to figure out actual numbers of payment cards. Customers will be well advised to check their depreciation. Hyatt has a security firm engaged to assist in resolving the issue.