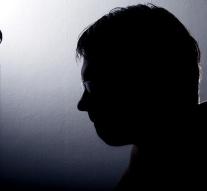 amsterdam - A man from Amstelveen may have live streams of sexual abuse of children ordered in the Philippines. In such streams, the customer can often indicate in advance what he wants to see. His computer was confiscated but the man has not been arrested, the prosecution announced Thursday.

The police also searched the work address of the 43-year-old man in Amsterdam. The victims were in the Philippines at the home of a cybersex organization. Which abused children in order for the webcam. It was the children do not know how old.

The Amstelvener is accused of possession and distribution of child pornography, sexual abuse of minors and attendance at sex shows with children.