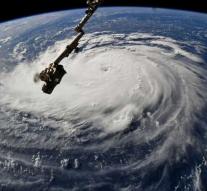 washington - President Donald Trump will not go to Jackson, Mississippi, for security reasons on Friday to support an election meeting with Cindy Hyde-Smith.

Hyde-Smith is the Republican favorite of Trump. She succeeded the sick Thad Cochran in April as a member of the Senate. In order to be able to serve his entire two-year term, she has to win a special non-party election in November. Hyde-Smith has three opponents, two Democrats and Chris McDaniel. This ultra-right Republican lost in 2014 in the pre-election of Cochran.