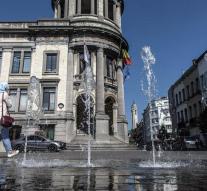 El Yaakoubi would be known as rationalized. Whether he was found and arrested in the search is still unclear. However, a number of items have been taken, for which no information is known.

The searches were part of an investigation into Syrian warriors who left the conflict area in 2014. Most of them took place in Sint-Jans-Molenbeek (5), while other municipalities in the Brussels region (Jette, Asse and Anderlecht) were also involved.