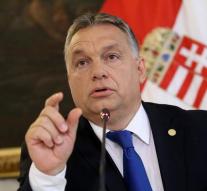 Amnesty explained Tuesday in London a report on the state of affairs in Hungary, among other things on the table. The human rights organization said 143 witnesses, mostly refugees and migrants. Moreover, Amnesty International conducted internal investigations in Hungary, Serbia and Austria.

Refugees who travel illegally in Hungary, to be returned to Serbia, where they are beaten, kicked and attacked by dogs. Especially single men are the target of the aggressive approach. People who follow a legal route to Hungary, are often first with the hundreds in Serbia stopped in overcrowded camps. Such detention can last for weeks.