Home / World / Hundreds of civilians in air attacks on IS 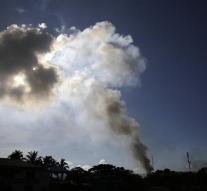 washington - Nearly six hundred citizens have died in recent years by air attacks of the international coalition against Islamic state. This is evidenced by figures published by the coalition Friday on bombings carried out between August 2014 and May 2017 in Iraq and Syria.

The coalition emphasizes to take far-reaching measures to prevent civilian casualties. Nevertheless, in the nearly 22,000 air casualties on IS, there were certainly 603 innocent victims. Observers think that the actual number of victims is much higher. For example, the Airwars group is about 4354 civilians.