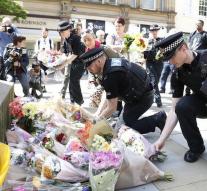 manchester - At the blood bank in Manchester, about a ten-minute walk from the place where a suicide terrorist caused death and ruin on Monday night, Tuesday is very busy. In the morning there was a lot of it. Employees are guessing that there have been around 100 people in the morning.

Although it is usually necessary to make an appointment for blood donation, the center has today opened the doors widespread. 'We are overwhelmed by the generosity of the people coming here. It fits enormously with the character of the people in Manchester to contribute something after such horror, 'says an employee of the blood bank against the British newspaper The Telegraph.

The fact that people in Manchester made each other- even in times like these- also appeared in an interview with a taxi driver in the city. The British Channel 4 Channel spoke the driver over the last night. He brought in wounds for free to the hospital. 'Here in Manchester we are like glue. We stay together when it is necessary. '