Home / World / Housekeeper from Sri Lanka has to take a contraceptive 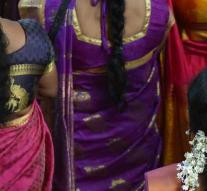 colombo - Sri Lankan women who are going to work as housekeeper in the Middle East must take the prick pill before leaving. Several recruits in the country guarantee the future employer that the women will not become pregnant for at least three months.

'Before we send a maid there is a medical checkup and nobody can influence it. But once it's done, we can give it something, 'said a recruiter against the British newspaper The Guardian.

Sri Lanka is recovering from a 30-year civil war, which claimed the lives of tens of thousands of men and injured many. As a result, women are often the cost-winner in the family and are often so desperate that they agree with everything.

'Most women do not know what the injections are for,' said a spokesperson for a human rights organization for migrants. 'She is not told anything about it. '

According to the human rights organization, the contraceptive is not only intended as a guarantee for the employer, but also to give the recruiters free rein. 'Some women think that it is necessary to have sex with the agents before they are sent out. '