Home / World / Hotel does not have to give wife name lover 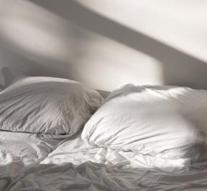 munich - A German hotel does not have to tell a woman from Halle with whom she shared the bed seven years ago. She spent nine months later a son in the world and tried to force the hotel to reveal her lover's identity to get alimony.

The woman only knew that he was Michael. The hotel in Munich said that during the period of consciousness there were four guests with that first name in the hotel. For privacy reasons, the hotel did not want to meet the request and the judge involved it, Spiegel Online reported.

'The importance of the involved men to have information about themselves and to protect their own marriage and family weighs heavier. 'In addition, it was only the question whether the named name was also the only and real first name of the person concerned,' said the judge.