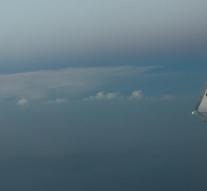 kilmihil - A 27-year-old woman from Ireland received compensation of 10,500 euros after receiving hot tea in an airplane.

According to Grianne Dunwort, the stewardess did not turn the cap well on the cup. When Grianne wanted a cup of tea, the boiling water fell over her. As a result her stomach and right thigh were burned.

The woman who traveled from Prague to Dublin told The Sun that she had a lot of pain and spent 90 minutes on the toilet. She complained to RyanAir and received 10,000 euro damages.

RyanAir reports in a reply that Ryanair's cabin crew is trained in the safe protection of hot drinks and has not experienced an incident like this in the past ten years.