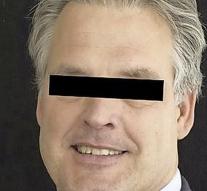 the hague - A board member of the Delfland water board was arrested last Sunday in The Hague Forest because he had been abusing a woman in the forest soon.

After spending several hours in a police cell, Hans M. (58), the 'high council council' of the high council council, covering half South Holland, imposed a fine of 250 euros by the prosecutor and was sent to him. He did not want to comment on what he calls 'the incident yesterday. '

According to an eyewitness, Hans M. was walking in an outlet area for dogs on Sunday afternoon. In addition, a dog ran up to him, a so-called farmers fox. Runner M. was not used to it and gave the animal a hard kick. The scared bazin asked him why he kicked her dog, after which M. directed his aggression on her.

The woman then made a picture of her plaintiff and called for help for a couple who had spotted something after the abuse. After they had called the police, they were now on the run. M. at the edge of the recreation area was detained and counted.

The attacked woman has reported to M. and has been subjected to medical treatment. She abused both internal bleeding and back and neck complaints.

Hans M. does not want to lose much about it. He disconnects from his phone and then sends a message: 'To the right judgment, I do not have any comments. 'This indicates that he does not lay down at the decision he was given by the Hague prosecutor.