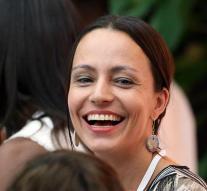 bogotá - The FARC cease its war against the Colombian state. After 52 years swapped the world's oldest guerrilla jungle for politics. That spoke to the sworn enemies off Thursday in Cuba Approved by UN chief Ban Ki-moon and a handful of Latino leaders.

The definitive ceasefire represents a giant step toward peace. Marxist rebel leader 'Timochenko' and President Santos tweeted all cheerful about 'the last day of the war. ' They need it now only agree on a referendum to ratify the forthcoming final agreement.

If the population clears, the FARC is spread over twenty 'concentration zones' in Colombia. It involves more than fifteen thousand combatants, cooks, nurses and other support staff. A UN mission will monitor their disarmament in the enclaves. Thereafter, the rebels are in here prepared for civilian life.


Once disarmed, the Colombian government guarantees for their safety. After the last attempt by the FARC to step into politics (in 1984), thousands of members of the new party were killed by revenge paramilitaries.

The chance of lasting peace seem greater in the more stable and developed Colombia today. While most Colombians believe the FARC too easy to get away with all his crimes. Yet they are so war-weary that 'yes' is likely to win in a peace referendum.