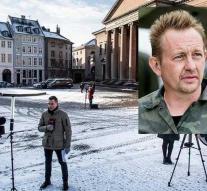 copenhagen - The appeal of the convicted Danish murderer and inventor Peter Madsen was interrupted on Friday. The hearing was suspended because a judge became unwell. It is not clear when the session will be.

It was expected that the court would rule on Friday. Madsen wanted to reach a lower sentence on appeal. The 47-year-old Madsen was sentenced to life in April for the murder in August 2017 on the 29-year-old Swedish journalist Kim Wall.

She had gone for an article with Madsen in his latest discovery, a submarine. Madsen killed her on board with knife stabbing, cut the body into pieces and dumped the body parts in the waters south of Copenhagen.