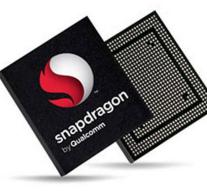 seoul - Chip maker Qualcomm in South Korea won fined 1 billion, converted 813 million. The company has made abuse of its own patents and not paid enough for the use of patents of others, found the South Korean competition council Wednesday.

Qualcomm is also in Europe and the United States under attack and has already been punished in China. The company mainly makes money on its patents. It has to pay a monopoly on key technology and other companies to be allowed to use it.

Qualcomm is appealing. The penalty would be good news for the South Korean giants Samsung and LG. They might have to pay less money to Qualcomm.

Qualcomm is also the new owner of the Dutch chipmaker NXP.