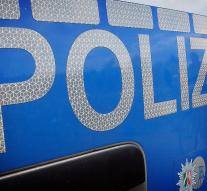 kassel - An explosion in a house in Kassel, Germany (Hesse) are life threatening Saturday two men injured. The semi-detached house collapsed partly. The victims were taken, according to the police by rescuers from the rubble. The other occupant of the house was not injured.

Cars that were near the house were damaged by flying debris. According to the police, it is not clear how the explosion occurred.