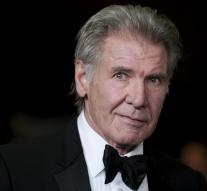 - Steven Spielberg will not wait much longer with the fifth installment of the Indiana Jones film series. The director hopes to begin the sequel before leading actor Harrison Ford- now 73 years- is eighty. The 68-year-old Spielberg said Monday in an interview with the French radio station RTL that he is not getting any younger myself on.

In all the films about the adventures archaeologist with hat, whip and leather jacket Ford plays the leading role. The first three volumes appeared in the eighties and part four in 2008. Spielberg is currently celebrating success with its Bridge of Spies spy film starring Tom Hanks.