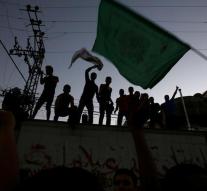 doha - The Palestinian-Islamic Palestinian Hamas Movement will ease its attitude towards Israel in a new policy paper to be published on Monday, sources from Arab states reported. In the document, Hamas will drop his call for the destruction of Israel and delete his association with Muslim brotherhood.

According to sources, Hamas, who has control over the Gaza Strip since 2007, will include in the document that it agrees to a Palestinian Transitional State beyond the borders of 1967. Then Israel conquered Gaza, the West Bank and East Jerusalem. Israel pulled back from Gaza in 2005.