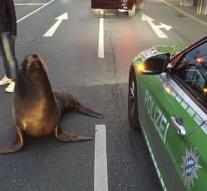 - Severe cases of violence against police officers should be punished with at least six months in prison. This German Justice Minister Heiko Maas, this weekend advocated by German media. He believes it is totally unacceptable ' '' that in the Federal Republic ' every day policemen are brutally attacked, including with weapons. '' The perpetrators, according to Maas often extreme right 'wealthy citizens or extreme leftist 'autonomists'.

The Social Democratic minister Maas wants better protection with new rules, other law enforcement officials and social workers such as firefighters and ambulance personnel. He wants to expand the concept ' serious violence '' that previously there is the offense where later the minimum sentence on it.

An attack by several people at once, like protesters, says Maas ' very serious'. An attacker who carries with him a weapon or dangerous object, commits according to the plans of the Minister very serious violence, even though he used or not that weapon. Maas presents his bill in his own words before the end of the year.