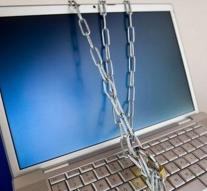 hilversum - Half of Dutch municipalities light the Personal Authority not when they are dealing with a data breach. They are required though.

Research by the KRO-NCRV program ReporterRadio shows that two thirds of making the 66 municipalities studied with data leaks.

Reporter estimates that the sixteen thousand Dutch victims of a data breach. More than six hundred leaks were reported last year. In 28 cases, people were informed that their data had ended up on the street. These are often on name and address or social security number.

The authority can impose fines of up to 820. 000 as municipalities do not report data leaks. She goes municipalities send a letter which again explains when and should not be reported a data breach. The organization also wants to go tougher action against municipalities that fail which, she reports Saturday.

In total, since January 1, 6400 reported data breaches last year. About 10 percent of them were caused by municipalities. Altogether there are in the Netherlands about 130 000 companies, governments and agencies that have private information held.

So far, the authorities still do not impose fines. 'That's because municipalities ultimately solve their business well if we have them informed about how to handle a data leak,' said a spokeswoman for the Authority for Personal Data.