Home / World / Half a million children starving in Africa 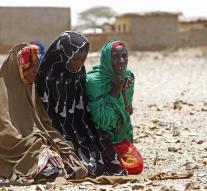 geneva - More than half a million children in southern Africa are severely malnourished. According to the Red Cross is a report on hunger 579,000 children a final warning.

The UN agency for Humanitarian Affairs OCHA states that suffer an estimated 40 million people in southern Africa from the effects of drought, caused by the weather phenomenon El Niño. Among them, 23 million people need humanitarian assistance.

Hunger does not only have far-reaching physical consequences, but often also ensures that children no longer go to school because they eat must gather together or no longer have the energy.


,, We focus our assistance in this creeping disaster on those who have the greatest need, especially children '', says the International Red Cross.