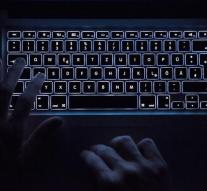 - A mysterious group of hackers calling themselves Shadow Brokers calls, online claiming to have broken in to the NSA-related Equation Group.

That group wrote Tuesday on Tumblr. The hackers, who are still relatively unknown, say they stole the files from Equation Group, a group of elite hackers who is associated with the American intelligence service (NSA).

The group would 'cyber weapons' have captured and now offer for sale. What to provide the hackers have exactly, is not clear.

An overview of the 'free' files.

To prove the authenticity of the documents, they have some files put online. Several experts estimate that the files be real, but they can not say with certainty.