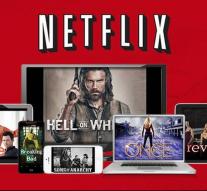 san francisco - A hacker group on Wednesday took over the Twitter account of Netflix. ' World Security is shit. We are here to prove it :) '' the group wrote OurMine more. The tweets were removed within ten minutes of @netflix.