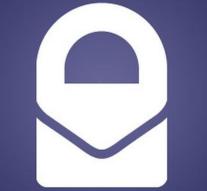 geneve - Email service Proto Mail is since Tuesday attacked by two groups of hackers. In a blog post explains the Swiss mail service that the DDoS attacks on the mail service is of such a nature that the company has no good answer.

According to Proto Mail puts one of the hacker groups such heavy weapons in that it smells like an attack sponsored by a state. " Such techniques we have only encountered so far in hackers employed by governments. The hackers with this onslaught much more parties disadvantage shows anywhere they do not care about ", as can be read on the blog.

Meanwhile enlisted the help of the Swiss federal government, it is suspected that Proto Mail namely not the only Swiss company that is under attack. The hackers require Proto Mail pays if the company wants to be left alone. Moreover, the opportunity also present the hackers is not about money, but to do data. Proto Mail is an email service which has proved extremely well placed to date to keep our users emails private.

Proto Mail is Friday, Dutch time, still off the air. The company says work on solutions to turn extreme attacks as now, but also mentions that these solutions are not cheap. The company- which was founded by scientists at CERN- says at least 100 000 dollars per year are needed to make its systems 'hack-proof'.