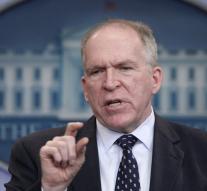 - Hackers who broke into the email account of CIA Director John Brennan, also have sensitive information stolen from a system of the FBI investigation department. It comes to personal information about employees of the US security, CNN reported Saturday.

The cyber criminals hide behind the name Crackas With Attitude. They have previously emails Brennan passed on the disclosure site WikiLeaks. They obviously had access to the internet portal LEO. gov run by the FBI. This system is used by national and local security agencies to share information about ongoing cases.

On a Twitter account include names and contact information published by members of the security forces. Sources at which services have confirmed to CNN that there has been hacked into the system and that information is captured. There is no one arrested yet.