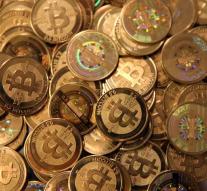 seoul (anp/rtr) - Cryptomunt fair Bithumb has been hacked and criminals have converted over 25 million euros.

The company has made the roof itself public and claims to reimburse the costs. The hack probably took place on Monday. The remaining coins have been transferred by Bithumb to safe parts of the stock exchange.

The prices of the various crypto coins have fallen after theft. It is already the third robbery this year at a crypto coin exchange.

In January, 500 million dollars were looted from the Japanese Coincheck and last week it also reported South Korean Coinrail that there had been robbery of unknown size.