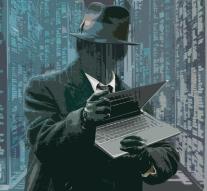 athens - A group of hackers demanding ransom of three Greek banks. They do not pay, then submit 'Armada Collective' systems for online banking flat. This writes the Greek newspaper Ekathimerini Monday.

The hackers broke last week in the banks, which were however not mentioned by name, as they applied last Thursday short shelf systems. The group would like to be paid in bitcoins. Greek authorities, together with the banks concerned rigged up a special team to repulse the attack.
NEW