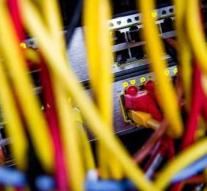 kiev - Russian hackers are currently laying the foundation for a major attack on the computer systems of Ukrainian companies. They open up 'backdoors' with malicious software to be able to strike in a coordinated and large-scale way. That says the chief of the police service that deals with cybercrime.

Almost a year ago, on June 27, via Ukraine the so-called notpetya virus was distributed worldwide to erase computer files. Even now, according to Kiev, several companies have to worry, including banks and energy companies. It seems that the hackers are planning to activate the malware that is being channeled unnoticed on a specific day.

The cyber police cooperate with foreign agencies to trace computer hackers. The first traces of their activities were discovered early this year.