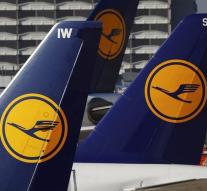 brussels - A Belgian hacker would have illegally won dozens of airline tickets over the past year and a half. According to VRT News, the 23-year-old man has been arrested. He is suspected of hacking airlines.

The Mechelaar would have used the tickets to travel for free, but did not sell all the tickets. He would also have broken into the computer systems. He would have suffered, among other things, American Airlines, Lufthansa and Brussels Airlines.

The latter airline would be the first alarm. The authorities took possession of computers and laptops during a search.

As a minor, the suspect had already hacked a cinema complex. The man 'bought' then all the tickets for a movie show so that he and a friend did not have to share the room with other visitors.