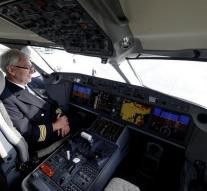 canberra - Australian authorities are looking for a prankster who has two airports at least fifteen times radio contact with aircraft or air traffic control. The man hangs according to Australian media possible prison sentence of twenty years overhead.

The perpetrator occurred, inter alia, as a member of the air traffic control. In at least one case, a pilot at his command broke off a landing. The device then circled for some time above the city of Melbourne.

The prankster hit back to the same day. Then he made the ATC point that he was the pilot of a small plane with engine problems.

The president of pilots organization VIPA announced to worry the newspaper The Age about the situation. Pilots must follow instructions from air traffic control, but can not always determine whether there is a joke.

The authorities want little to say about the hunt for the culprit. They fear according to sources other hobbyists will play similar pranks.