Home / World / Hacker arrested after extradition to US 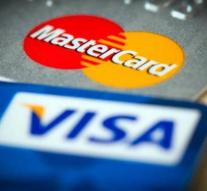 - The American hacker who is held responsible for the biggest cyber attack on financial institutions in the US on Wednesday arrested at JFK airport in New York. The 32-year-old American has been brought before a court in New York. He pleaded not guilty on sixteen charges against him.

The hacker in July 2015 along with two Israeli men accused of steal personal information of more than 83 million accounts in twelve major companies including bank JPMorgan. According to the prosecutor constitutes 'a hack that led to the largest ever theft of personal data by US financial institutions. '

The suspect had traveled to Russia in May 2015 where he was arrested. After months of negotiating his extradition he arrived Wednesday in the US He faces a prison sentence of up to 20 years.