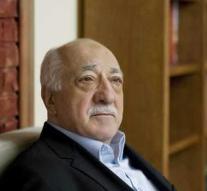 ankara - A Turkish court has issued arrest warrants against eight people, including the spiritual Fethullah Gülen. The authorities already held Gülen responsible for the failed coup in 2016, but according to the state press agency Anadolu, they are now also referring to the death of the Russian ambassador Andrej Karlov.

Karlov died after being shot in Ankara in 2016. A policeman attacked the diplomat when he gave a speech during the opening of a photographic exhibition. The perpetrator was later shot dead himself. According to Anadolu sources, the shooter was associated with Gülen, who lives in exile in the United States during the investigation.

Gülen and his movement are, according to the Turkish government, behind the coup attempt two years ago. The spiritual denies that. The US has so far refused to extradite him.