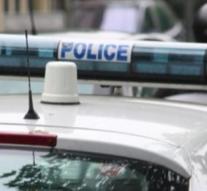 - A 65-year-old woman committed in the Paris suburb of Vitry Friday suicide using a chainsaw. The woman had barricaded into her house and attached the blade with tape on a stool.

The neighbors complained on the night of Thursday to Friday to the police about the noise of the device. When officers had accessed the house through a window, they found a gruesome spectacle, reported Le Parisien.

The woman left a suicide note. It was reportedly not her first suicide attempt.