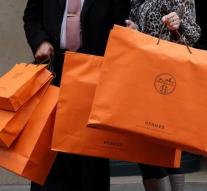 london - Economic activity in the eurozone showed a similar growth in May with that in April.

This is evidenced by the so-called Purchasing Manager Index of Market Researcher Markit.

The composite rating meter reflecting activity in the euro area industry and services sector recorded 56.8 points for May, as in April. A level higher than 50 indicates growth.

The figures also showed that economic activity in Germany and France increased stronger last month. In Italy and Spain there was less growth than in the previous month.