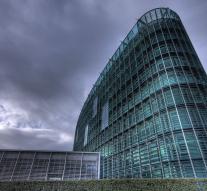 geneve - The size of the greenhouse gases in the atmosphere has reached another record high in 2014. This was reported Monday to the meteorological organization of the UN, WMO (World Meteorological Organization) in its annual report.

WMO chief Michel Jarraud regrets that annual greenhouse gas concentrations reached new record highs, while each year highlights that there really is no time to lose. To reduce the emission of greenhouse gases, according to the report really happen. Only then will the increase in the temperature up to reasonable levels can be limited.

Mid next month must in Paris during the 21st UN climate can cut through. Heads of State and Government will look into reducing emissions in the hope of a shared commitment to the temperature rise this century to limit to a maximum of 2.7 degrees.