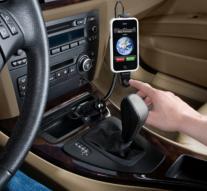 brussels - Hands-free calling in the car makes the risk of a crash four times higher than drivers who do not call. It shows a study by the Belgian Road Safety Institute (BRSI), which several media in Belgium messages Monday.

Although drivers have no phone to their ear, they look much less well in traffic. The directors according to the survey, 44 percent less attention to road signs and 28 percent less attention to other road users. Motorists who participated in the study also looked less regular in their left side mirror and had more tendency to drive in the middle lane. They also lacked a regular turn.

The research was done using the so-called smart glasses which eye movements of drivers can be measured.