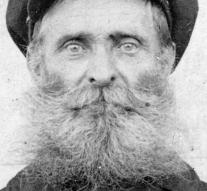 moscow - The 34-year-old Kara Denis Godin should suit against the Russian state because he holds evidence that his great-grandfather's secret police murdered by agents of Stalin. He has typed documents on which the names of the agents are listed.

Kara Godin asked repeatedly to the current secret service FSB to provide information about the circumstances under which his great-grandfather was executed. Unexpectedly there was an answer to his doorstep: an envelope with typed documents. It states that three officers confirm that they have carried out the execution in 1938 of Stefan Kara Goddess, as determined by a court in Tomsk.

The documents do not bear the stamp 'secret'. The grandson says he's responsibility now is directly attributable to the state and the dictator Stalin. He has already experienced much acclaim for his purpose. Kara Godin wants the state 'criminal conspiracy' that led to the death of Stefan lay charges.