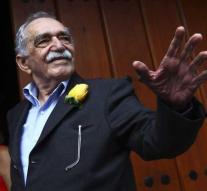 bogota - Colombian security forces have saved the niece of the world-famous writer and Nobel laureate Gabriel García Márquez. The kidnappers had claimed 4.4 million euros for...

President Iván Duque announced the liberation of Garcia on Monday. The woman had been kidnapped at the end of August by armed men who stopped her vehicle in the city of Santa Marta. Garcia is the granddaughter of the brother of the deceased Nobel laureate.

The head of the national police told a local radio station that a group of right-wing former paramilitaries were behind the abduction. Fifteen people would have been arrested during the rescue operation.