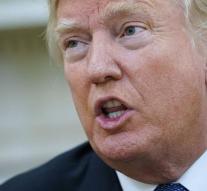 washington - The Trump government has begun reversing the Clean Power Plan, launched two years ago by President Barack Obama to dramatically reduce carbon dioxide emissions in the US by 2030. The intention was to close coal-fired power stations and switch to wind and solar power.

Scott Pruitt, the owner of the EPA National Environment Agency, said in a speech to miners who are already costly measures and exaggerated the improvement of public health. Obama eventually predicted 3600 less cases of premature death, 90,000 asthma attacks less in children and drop in hospital visit.

Pruitt delivered a blueprint on Tuesday for the abolition of CPL. That process may take months. The government must also take into account all kinds of legal procedures.

During the presidential campaign, Republican candidate Donald Trump already knew not to believe in climate change. He also promised to create a lot of jobs, including in the coal and oil industry.