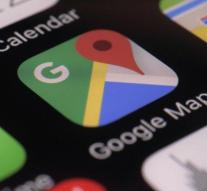 islamabad - Pakistan and Afghanistan failed to resolve a border conflict with Google Maps. The neighbors have long been asking about the question of which side of the border two villages lay and hoped to solve the problem using the map site.

The controversy between the villages at the Chaman border crossing runs out of control. Pakistani and Afghan troops recently became involved in an hourly firefight. The Afghans believed that the Pakistanes had illegally crossed the border for a population survey.

According to the Pakistani newspaper Dawn, officials from both countries decided to use Google Maps information when investigating the exact location of the border. According to sources, the Afghans returned after finding that contested border villages are located in Pakistan.

Researchers from both countries are probably going to investigate for a few days. After that, they give advice to their governments.