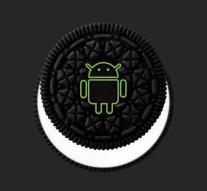 mountain view - The long wait from Android fans has been rewarded; Google has released version 8.0 of the world's most widely used operating system. The official name has already been speculated and the most commonly mentioned candidate has also become Oreo.

Google goes with Android 8. 0 Oreo not for a revolution, but for an evolution. The innovations in the system are more worthwhile for users, but at first glance, 8. 0 seems to be a better version of Android 7 Nougat. Eye-catching news in Oreo include image-in-picture support, notification bullets, new emoji, better battery management and a new layer of protection thanks to Google Play Protect.

At first glance, the innovations are not gigantic spectacular can be construed as a compliment to Google. Android has been developed considerably, and the steps that Google needs to make to improve the system are getting smaller. At Apple, a similar development is visible. It's soon to launch iOS 11 also includes many small improvements, but nothing shocking.

Android 8. 0 Oreo is available first for people with a Google Nexus or Google Pixel smartphone. Other hardware manufacturers can now also start rolling out Oreo, but in many cases that process will take several weeks. Google has also moved all new technologies in Oreo to the Android Open Source Project (AOSP). AOSP can be seen as the absolute basic version of Android.