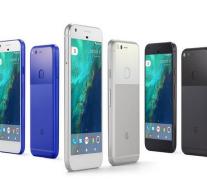 mountain view - Google has done something about crashing the Pixel and Pixel XL smartphones. That was caused by a bug, for which an update has now been released.

The first complaints from users came shortly after the launch of the smartphones late last year. Google is careful and does not want to promise that all complaints are resolved. '' Capture can come through many different causes, so keep going on your experiences '', is on the product forum.