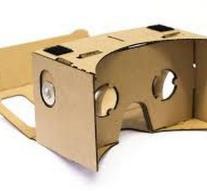 - Google has launched its own camera app with cardboard support. That the group has announced via the company's blog. The app 360- degree photos can be taken with associated noise.

People who want to use the app, should also have a special glasses to experience the virtual reality effect. The Cardboard Camera app displays while shooting instructions to get the best possible recording.