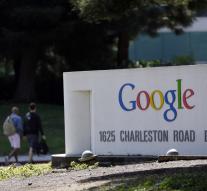 - Google has seized Halloween to teach his self-propelled cars to drive more carefully near children. The tech giant called in the US parents and their children, who are traditionally at Halloween doors on to also walk past Google parked cars. Google learned so the system to recognize children in all shapes and sizes.

Google uses the data to improve safety in self-propelled vehicles. Google wants its cars through detection taking leave account the unpredictability of children in traffic.

Earlier, the tech giant computer could even learn a more human interpretation of traffic rules. Thus, the vehicles, for the sake of safety, often cut corners and there is a chance to overtake the cars in a continuous line.