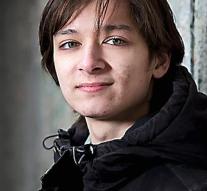 amsterdam - The Dutch hacker Olivier Beg, which the US airline United Airlines pointed to vulnerabilities and therefore free may fly over the world, wait a reassessment of the tax.

Six months ago, United Airlines challenged hackers to test their website errors. The 19-year-old IT specialist from Amsterdam took on the challenge and discovered within 'a few hours several security flaws. He pulled at United at the bell and rewarded his discovery with as many as one million miles.

But the tax will also benefit from this. The service the flight credit shall include as income on which tax must be paid. Therefore Beg gave a portion of his miles to friends and family to press the stop something, he explains. The Amsterdam hacker must pay airport taxes, each time for about 5 euros.


The Amsterdam mag United did not say what he saw leaks. 'These were errors on the website,' says Beg. 'More I can not say. But it is special that I have found them, 'he says modestly.

Rather Beg urged security errors when the American company Yahoo and was awarded a hefty reward of more than ten thousand euros.

He also pointed to the popular taxi service Uber on security flaws and earned $ 500.

He now works at Zerocopter, a company that brings together companies and hackers.