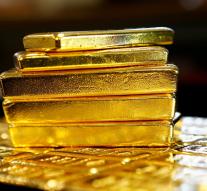 - The prices include gold, other precious metals and bitcoins down Wednesday after the election victory of Donald Trump in the United States on the rise. Investors and savers looking for a safe destination for their money in response to the uncertainty include the economic policies of Trump.

The rise in the price of gold, an important refuge for investors in times of uncertainty, peaked at 4.8 percent, the largest increase since the brexitreferendum end of June. Also silver, copper and aluminum increased since about midnight, when the lead Trump in the preliminary results became clear, several percent in value.

Other alternative investments such as digital currency bitcoin was worth more. The value of bitcoin rose from just under 645 euros to 662 euros.