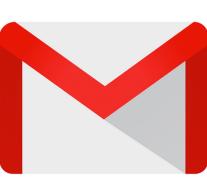 - Gmail users will warn of e- mails sent via encrypted connections. This was reported by Google 's own security blog. Google will warn people because research indicates that trying increasingly to intercept e- mail traffic.

There are groups that try to intercept emails using fake DNS servers to direct them into unsecured servers. In this way they try to obtain information from the messages. Google will roll out the warnings in the coming months to users. How to see the messages will be is still unclear.
NEW